Association of E-Cigarette Use With Respiratory Disease Among Adults: A Longitudinal Analysis

Study attempts to draw a link between vaping  and lung illnesses such as emphysema, chronic bronchitis and COPD.

Stanton Glantz has a history of interpreting data in a manner that sets him apart from his peers. His paper on vaping impacting myocardial infarction rates found that vaping increased ones chances of having a heart attack up to a decade before one even started to use the product. 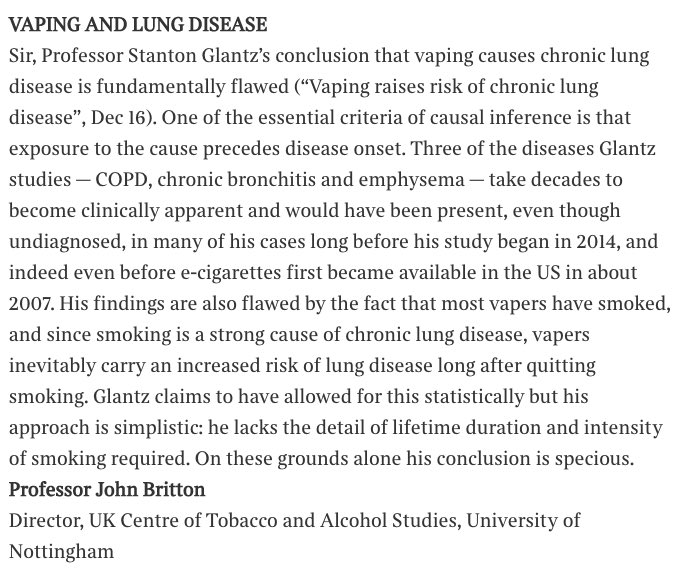